Circle: Bodies in Flux - Slam Jam Official Store
YOUR SHOPPING CART
VIEW CART
TOTAL
CHECKOUT
Back
Access Denied
IMPORTANT! If you’re a store owner, please make sure you have Customer accounts enabled in your Store Admin, as you have customer based locks set up with EasyLockdown app. Enable Customer Accounts 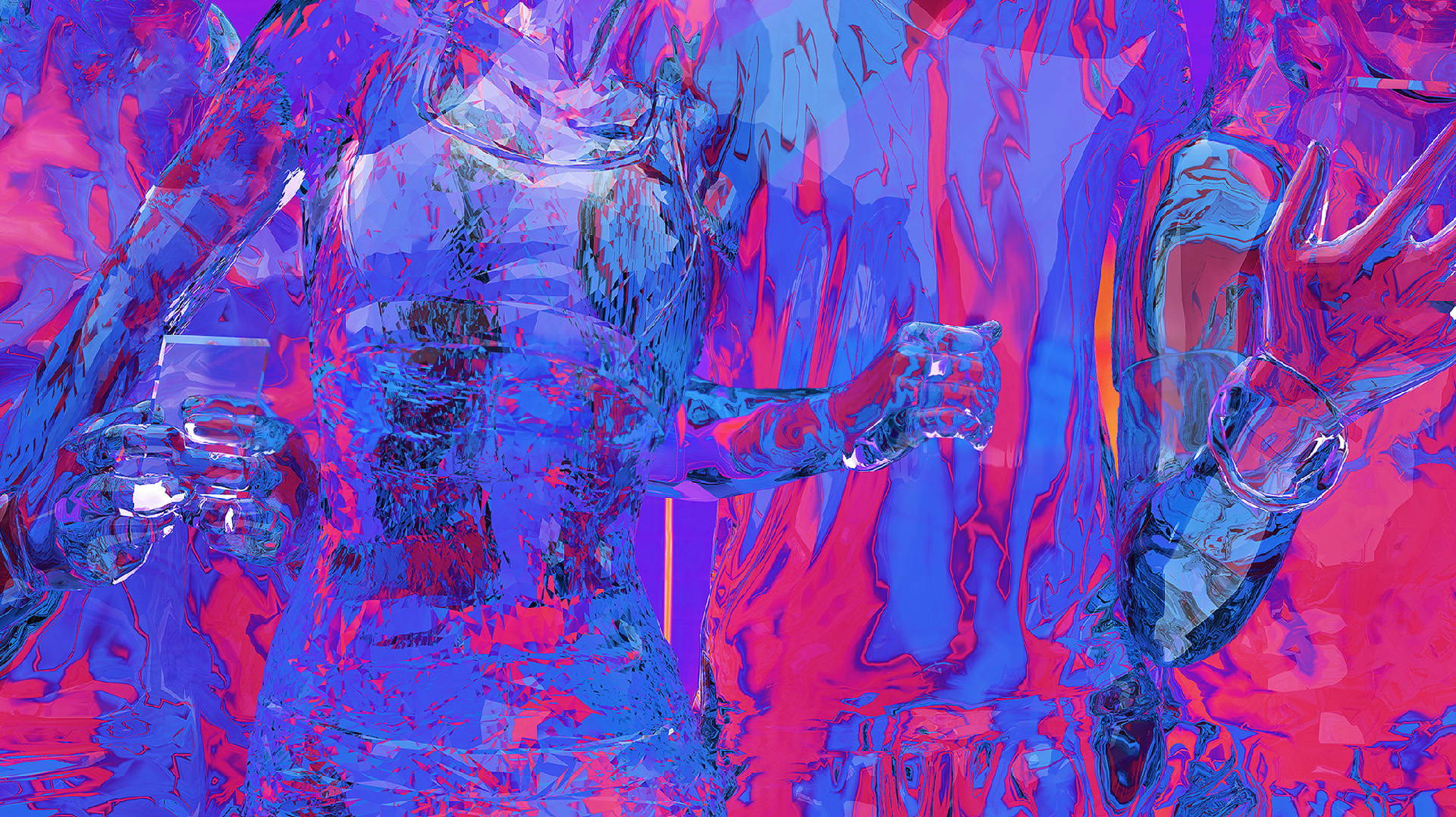 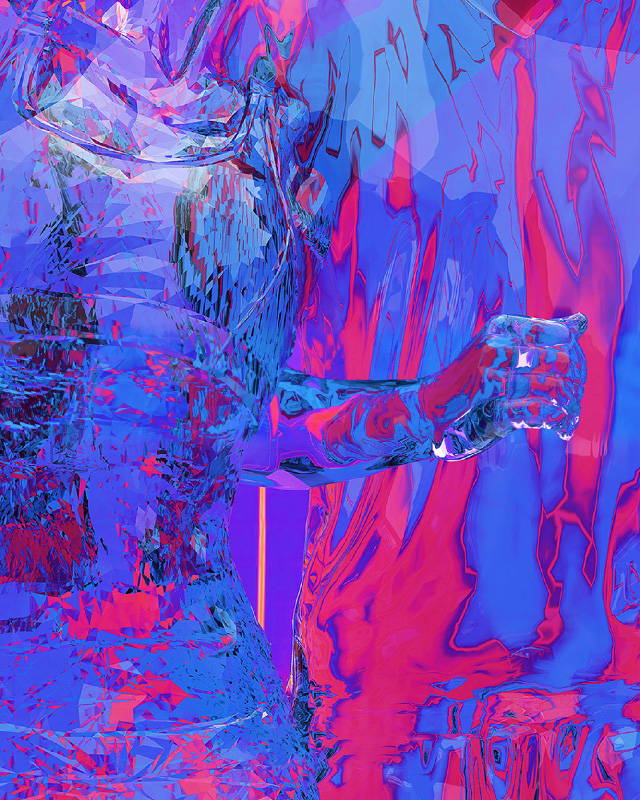 On March 15, Spazio Maiocchi in Milan hosted Bodies in Flux, the second episode of a series of public programs stemming from the digital think-tank Circle (circle.slamjam.com), curated by 2050+ and Slam Jam.

Through a series of performances, lectures and interviews, Bodies in Flux focused on the idea that bodies should not be understood as fixed structures, but rather as expanding territories of experimentation and re-imagination, whose biological boundaries can be stretched, suspended or subverted, in negotiation with different kinds of technologies. 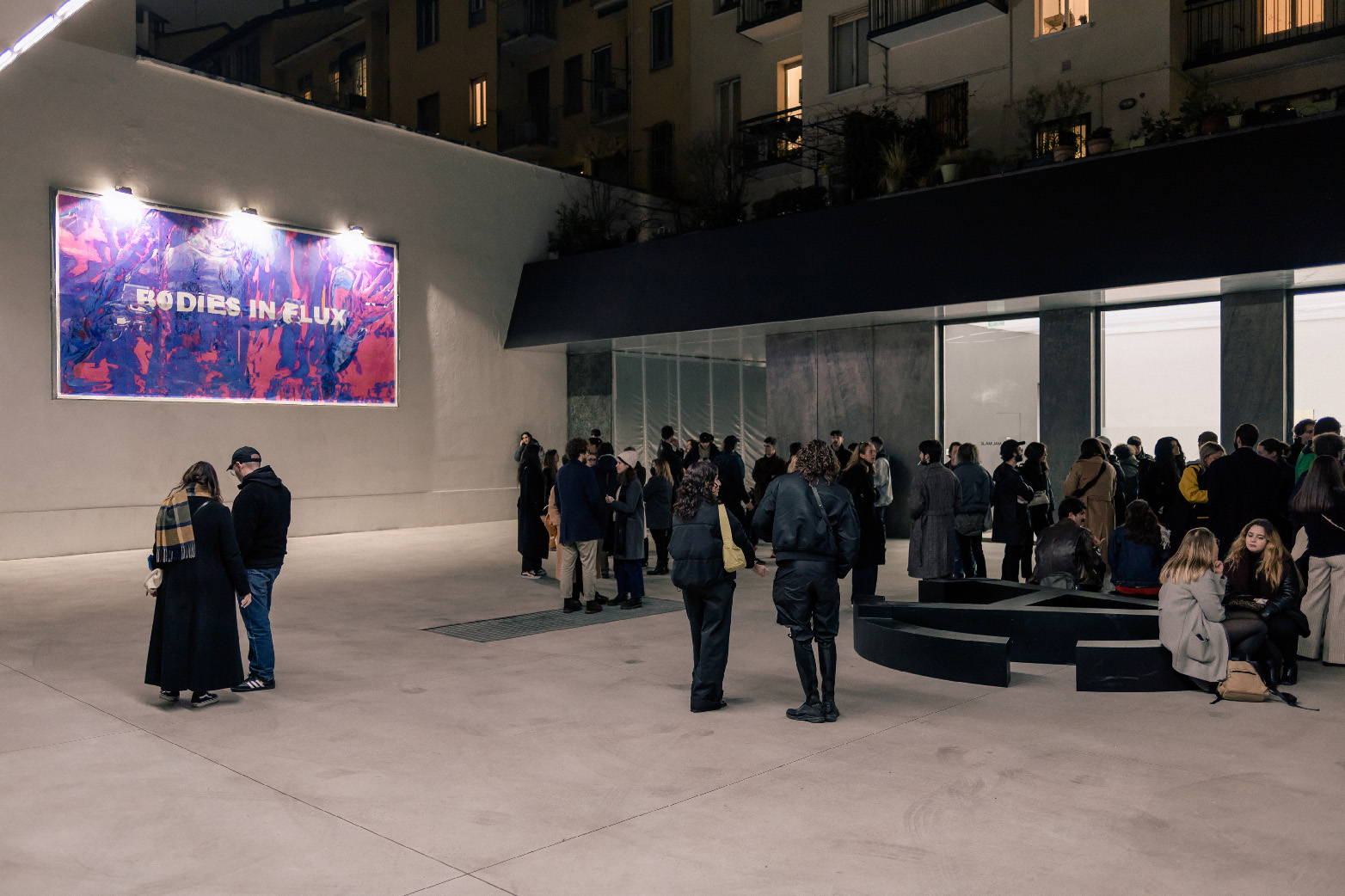 Bodies in Flux explored various forms of technologically-facilitated adaptations, along three avenues: (1) mobility, or the way in which our bodies move in and through the world; (2) sensing, or the way in which we can acquire an embodied understanding of reality through sensorial experiences; and (3) identity, with a specific focus on gender and sexuality.

For each of these avenues, the program mobilized a number of experts and practitioners coming from the worlds of xenofeminism, parasports, and cyborg art – domains which share the potential of being made subject to technological transformations. Prosthetic limbs were discussed in relation to parasport, sensors in relation to cyborg arts, and hormones and various forms of DYI biohacking in relation to xenofeminism. 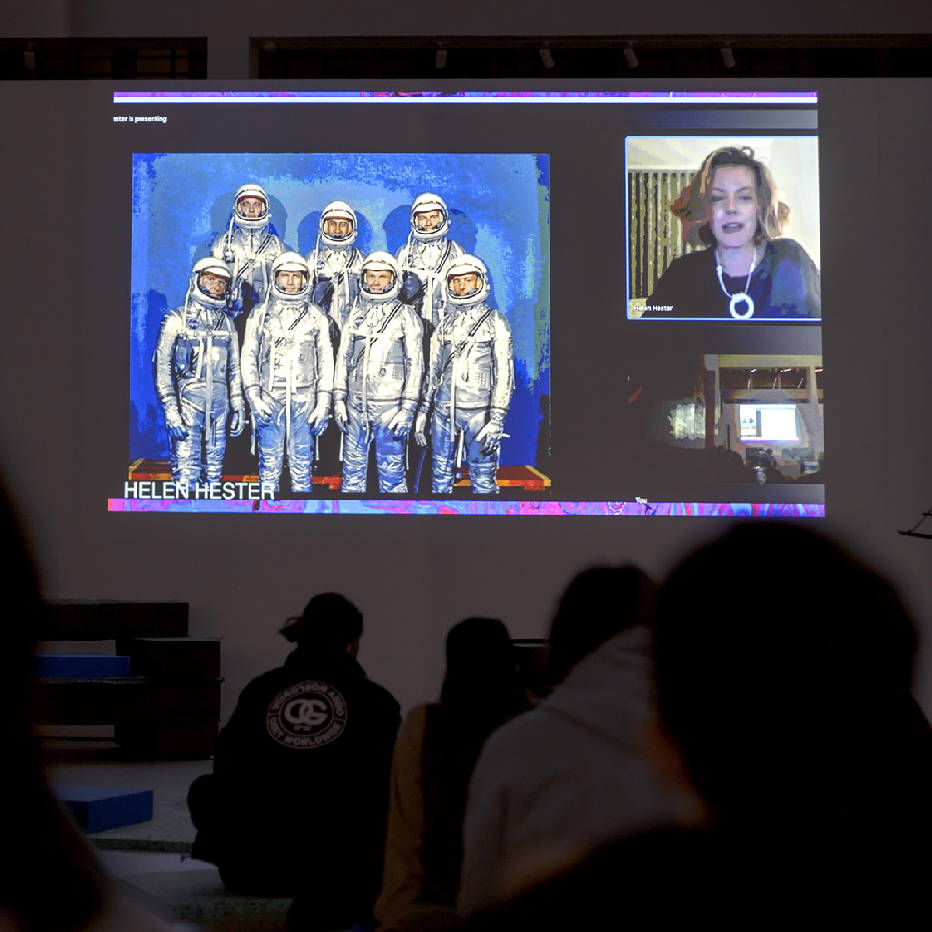 Bodies in Flux started by addressing the dimension of movement with a talk by parathletes and mountaineers Andrea Lanfri and Massimo Coda, followed by a performative lecture on captioning bodies’ diversities by curator and researcher Linda Rocco. 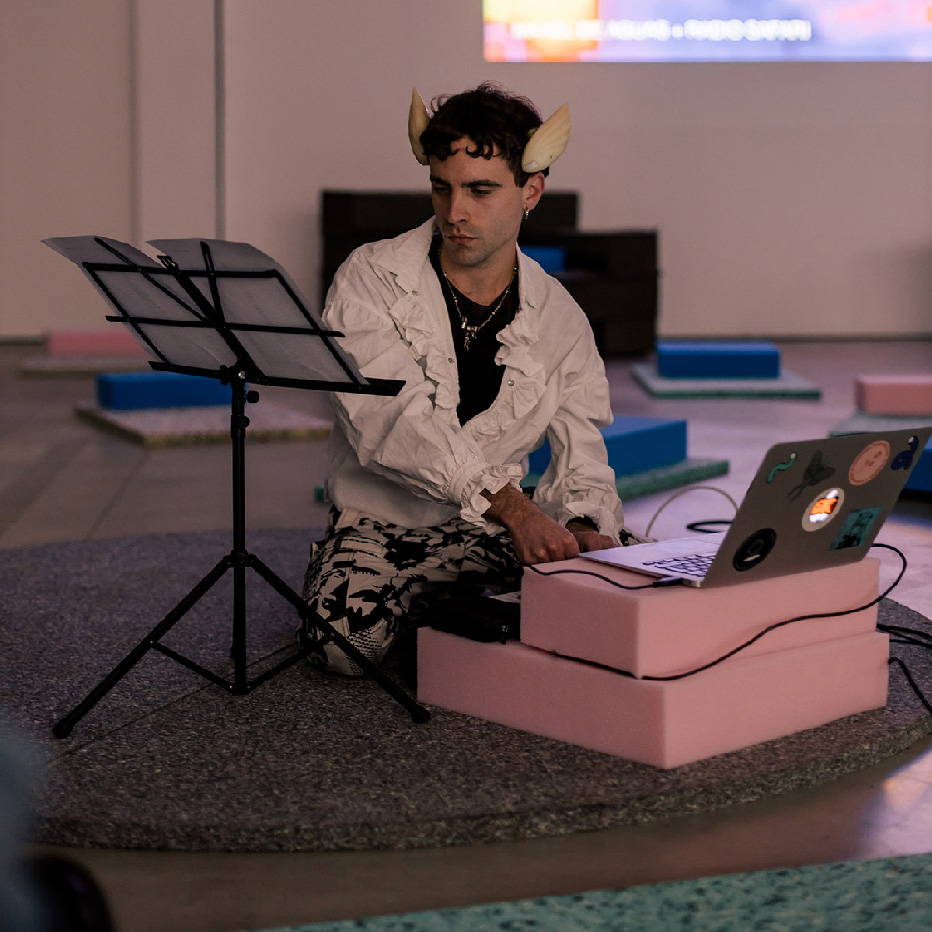 The dimension of technological adaptation in relation to identity, gender and sexuality was introduced by a performative reading of the text And Salome Danced by Kelley Eskridge, read by actress Anna Charlotte Barbera. Following the reading, Professor of Gender, Technology and Cultural Politics Helen Hester gave a talk on the topic of 'anthropoforming', or the process of using the body as a territorial building material. Finally, the program explored the dimension of senses with a musical performance by cyborg artist Manel De Aguas, which took place in the framework of a sonic immersive installation by interdisciplinary collective Radio Safari. 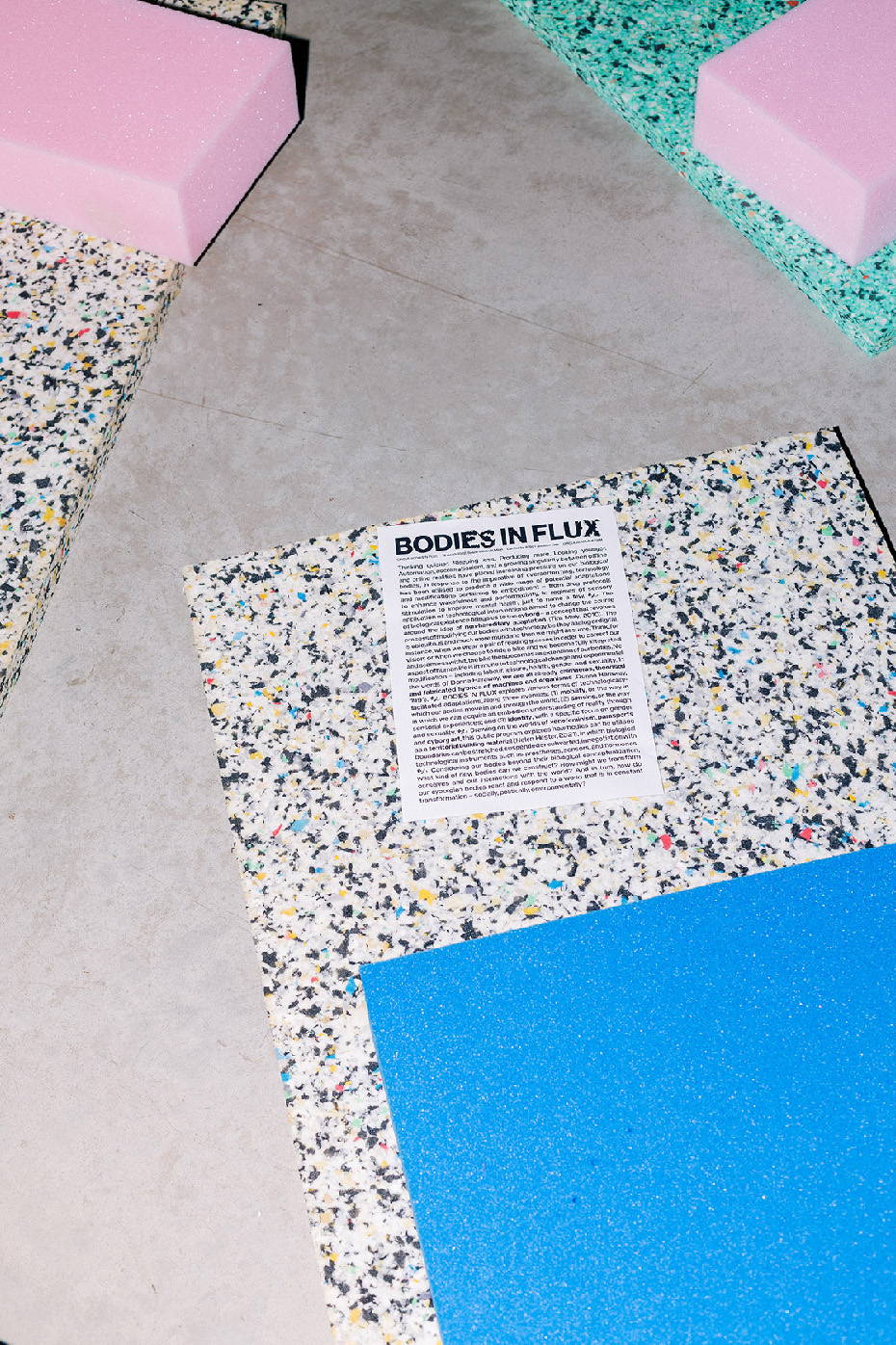 Some of the points that emerged through the evening were the increasing hybridization of organic bodies with synthetic matter and technologies; a reminder that technological transformations are not always associated with overperformance and overproduction; the opening up of new opportunities that emerge from the possibility of experiencing reality with enhanced senses; the importance of technological literacy to reclaim agency over these processes.