Immune to Distance: Video Out - Slam Jam Official Store
YOUR SHOPPING CART
VIEW CART
TOTAL
CHECKOUT
Back
Access Denied
IMPORTANT! If you’re a store owner, please make sure you have Customer accounts enabled in your Store Admin, as you have customer based locks set up with EasyLockdown app. Enable Customer Accounts 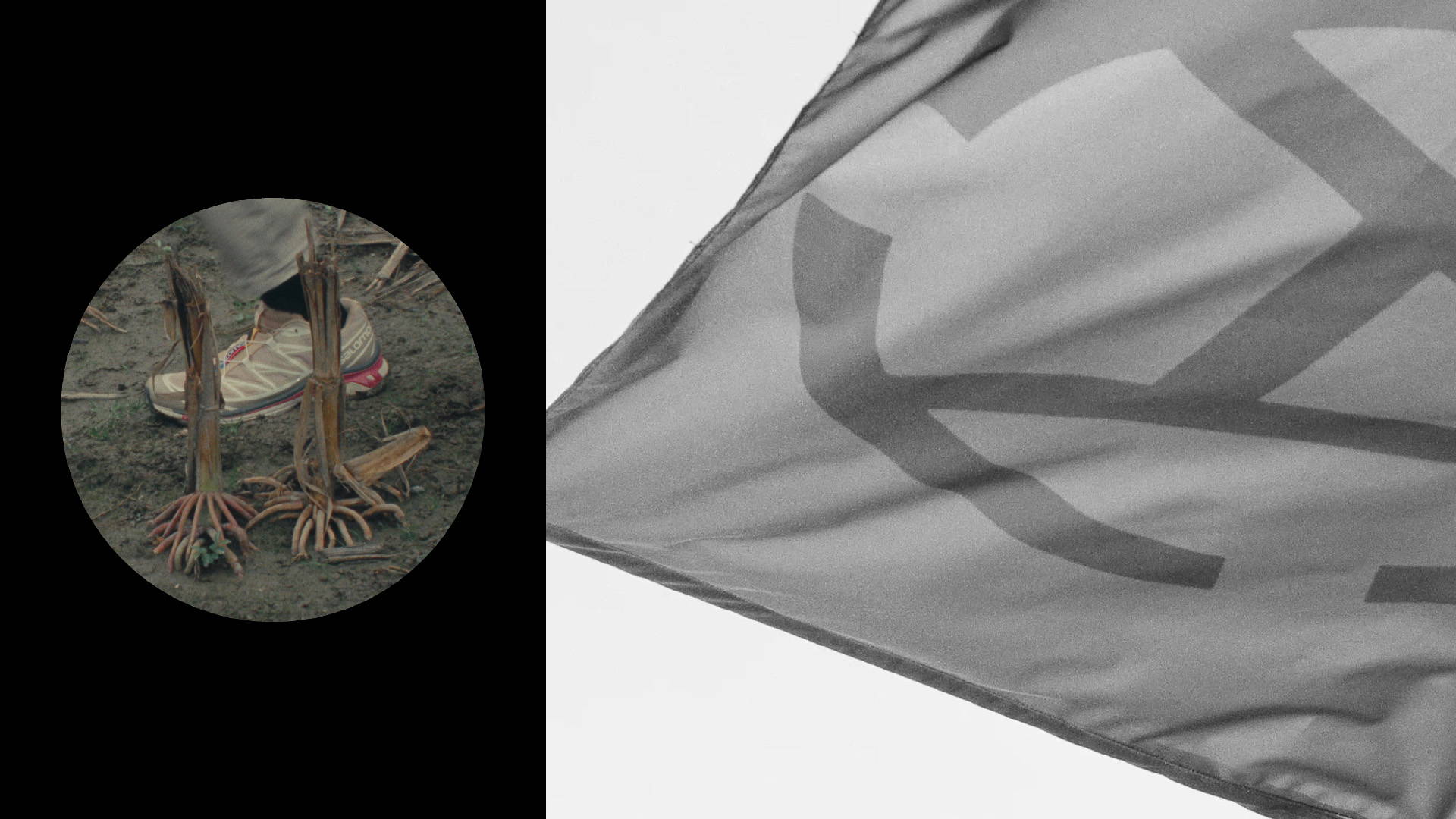 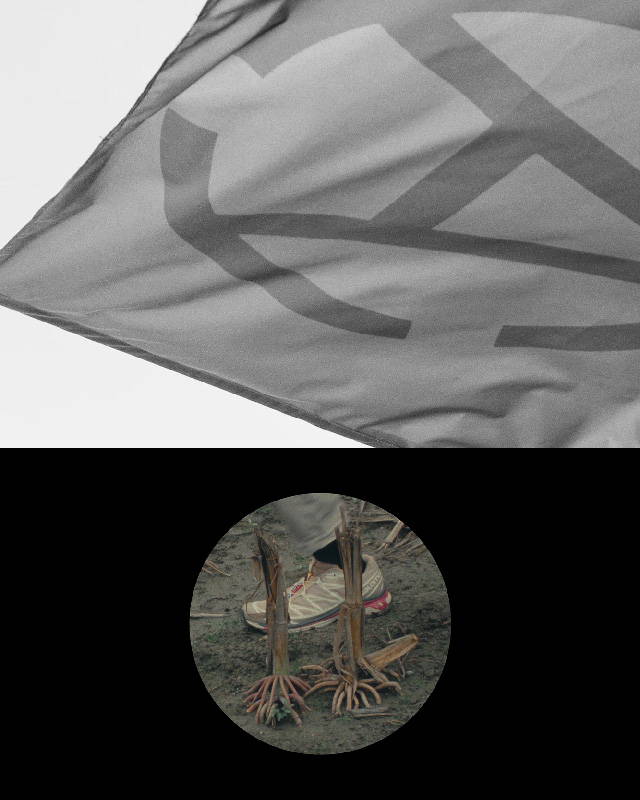 IMMUNE TO DISTANCE: VIDEO OUT

A Film by Achille Mauri and Stefano Steno

A film by Kseniya Oho

In collaboration with Threes Productions

SJ: What are the cinematographic choices that contributed to the dInamicity of the various sequences in the film?

Stefano: The film is developed through a mix of genres (fashion film, music video, video art and linear fiction), that support the different styles and techniques used through-out its different chapters.

The stroboscopic sequence of photos and the sharp shots on the more mechanical movements of the body highlight physical movements which are necessary to convey the message.

The contraposition between the physical limits of the body and the ethereal nature of extremely fast and invisible signs of the future aims at being dissolved through cinematography.

The shots in which the camera moves with the subject, traveling at his same distance and pace are in complete contraposition with the outer zoom shots, in which the camera's eye omnisciently observes the messenger. In the latter, is a dot on a map, while the camera focusing on how quickly long distances can be completed, somewhat similarly to how electromagnetic waves are transmitted by space center antennas.

The use of the drone in the woods allows the camera to more easily quickly navigate from one spot to another in an area that wouldn’t be so easy to cross by foot. This seemingly ‘opposing’ filming approach gives the viewer an understanding of the real natural obstacles the messenger has to face.

The abstract elements and shapes that can be noticed throughout the film and that surround the protagonist in various scenes are images which were shot on film and then placed into a circular frame with the aim to clearly stand out from the rest of the imagery in a symbolic and extemporaneous way.

The hand-held camera represents the point of view of the subject, who observes his surroundings in constant search for a route to take or a obstacles to cross. The final sequence in which the camera performs a series of rotatory and circular movements represents a meditative and hypnotic moment in which we become one with the messenger and suddenly make his goal our own: transmitting the signal.

SJ: What is the link between your experience and the location?

Achille: It’s a place I know very well as it’s on the way to a mountain destination I often go to. Passing by it hundreds of times times I’ve seen that place change in all its lights and seasons, allowing me over time to come up with a story that took place and was set right in that spot.

The peculiarity of this location is the incredible amount of land that can be found is such a small space. This is something that has always intrigued me and made me reflect on the speed of traveling distances without realizing that even on a smaller scale the environment can change dramatically.

For human beings, nature is often seen as an obstacle when having to travel across a certain route. The film attempts to give a specific atmosphere to each and every natural space and environment in order to communicate how the human body and mind adapts to different surroundings and situations.

Where there is no nature, the subject remains still, observing the parable that spans the distance for him.

SJ: What kind of difficulties were faced whilst filming in these areas and environments?

Achilles and Stefano: In general, but also more specifically in environments of this type, scouting the locations and site inspections are crucial.

Beyond the artistic and technical considerations that derive from the inspection, there are aspects of a particular location that appear evident only when you’re there in the first person.

Reaching some locations took time and often water separated the entire crew from the protagonist, making communications only possible via radio, logistically it all became a little more complicated in those cases. This requires a lot of testing and coordination between all people involved in the shot.

Having an experienced crew when shooting in nature is important as it allows everyone to help one another as well as manage themselves better.

The biggest challenge with outdoor shooting is having to adapt to weather and climate variations and how these can affect the lighting: when planning shoots if this kind it’s important to take into account how often these can’t be predicted and how the crew must be flexible as well as prepared at all times.

On our second shooting day we woke up early in the morning to get the zoom sequences but as soon as we stepped out we had to face a very cloudy dark, foggy, cloudy sky.

The swamp was fogged out and it was basically impossible to film the scene where the subject was walking across the mountain but the colours were perfect for the space centre scene instead.

So we switched up the production pan and schedule and ended up filming the originally planned scene in the afternoon when the sky cleared up.

Another fundamental point is the speed of action of everyone on the team "actors" included. Having to depend so much on meteorological conditions, it is often necessary to ‘chase’ the propitious moment given to you by the light, wind or fog. 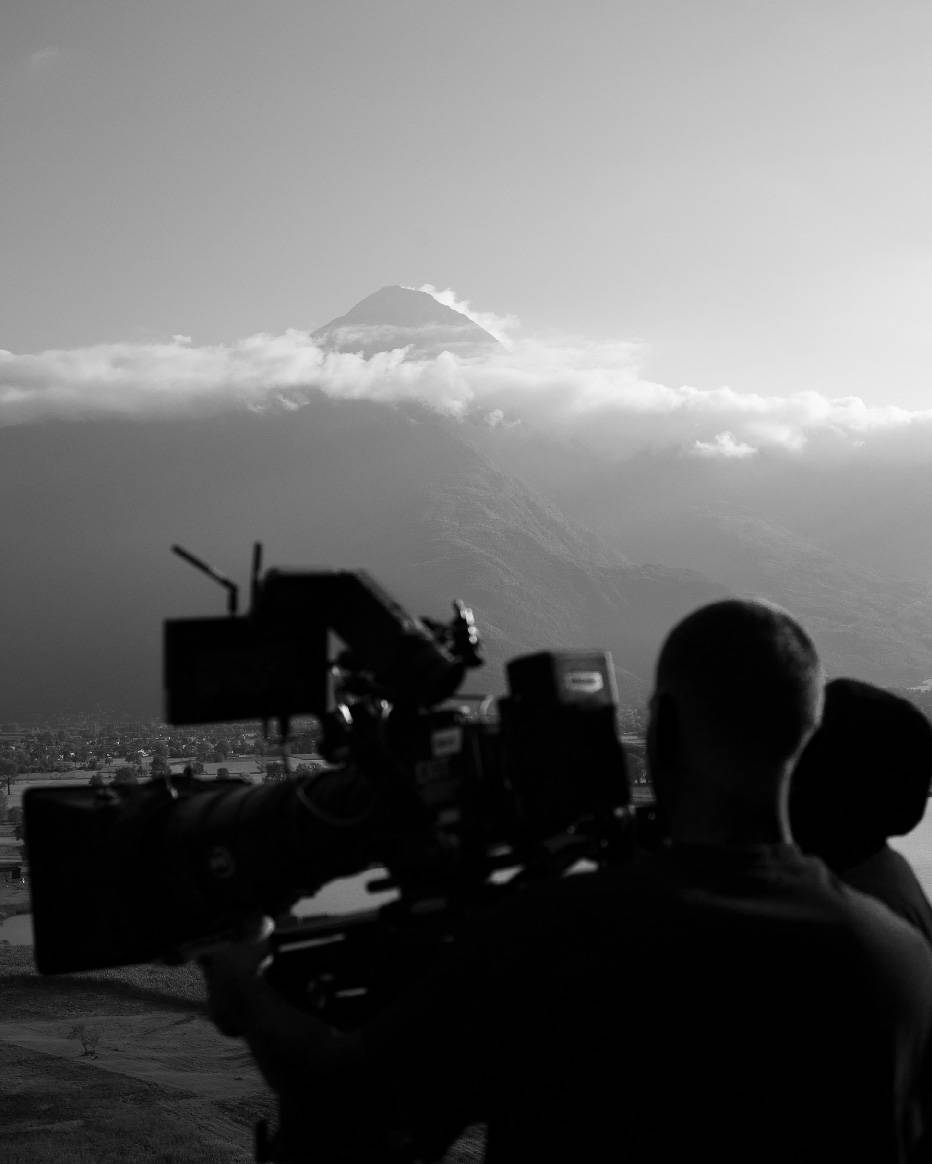 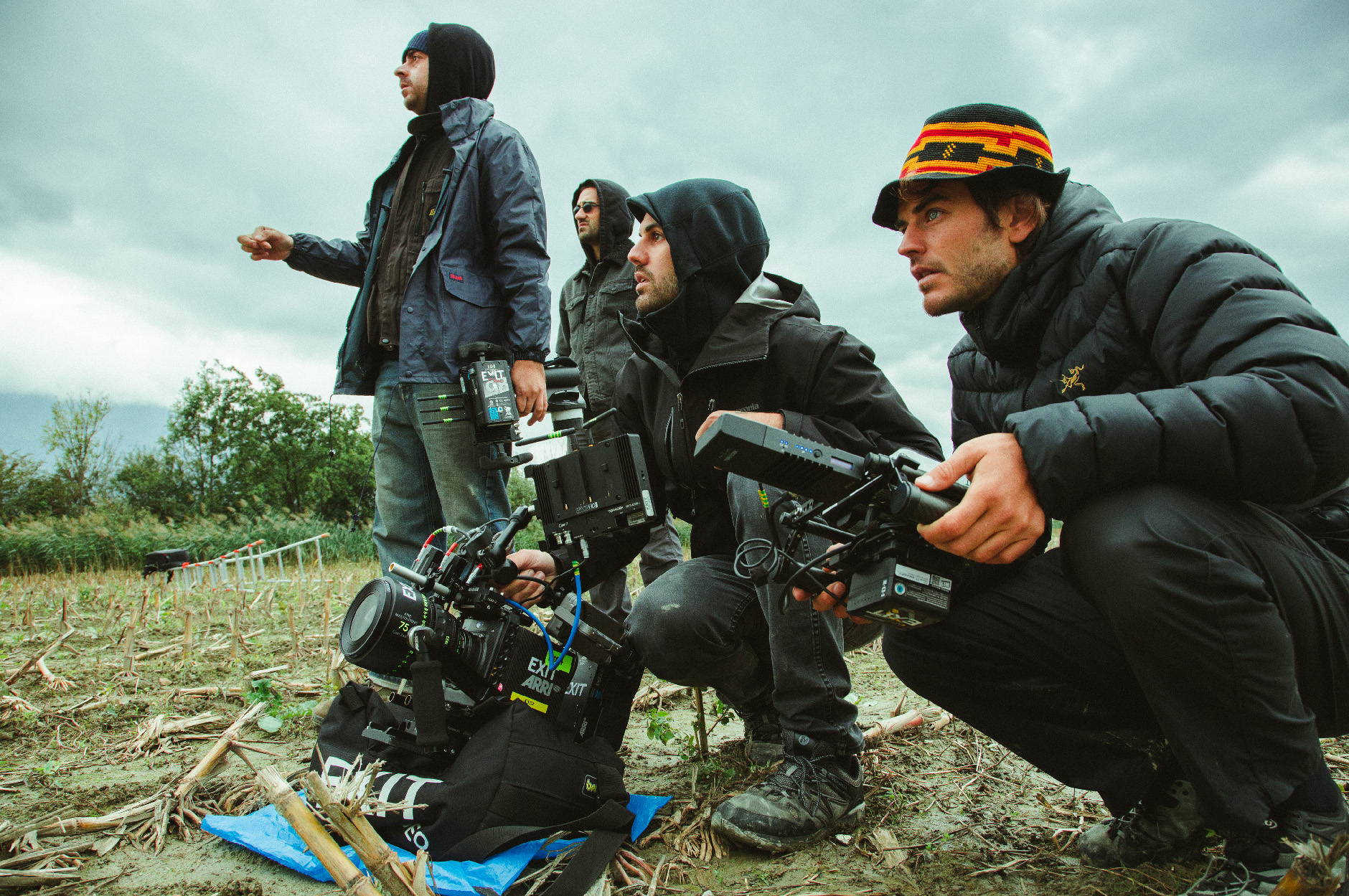 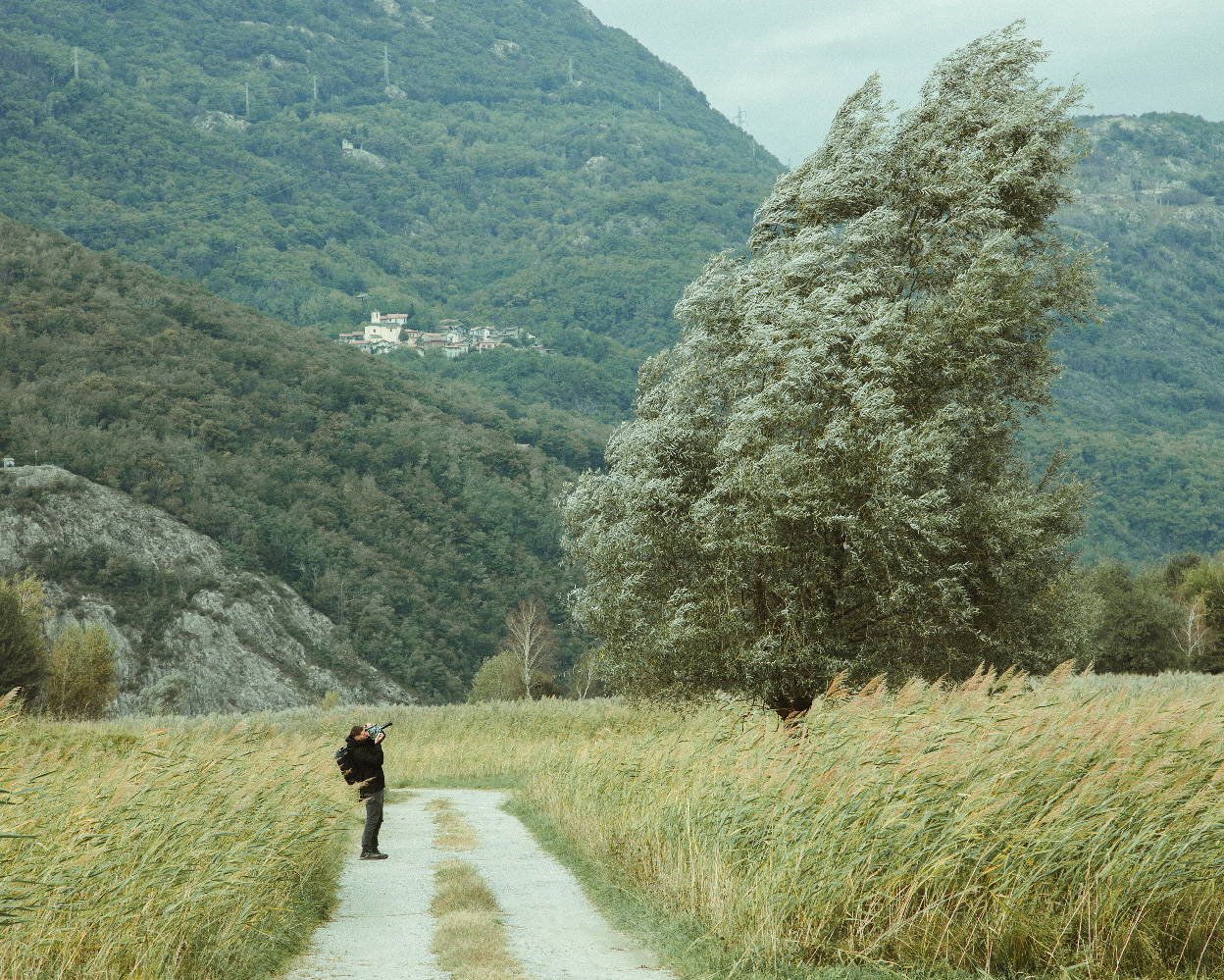 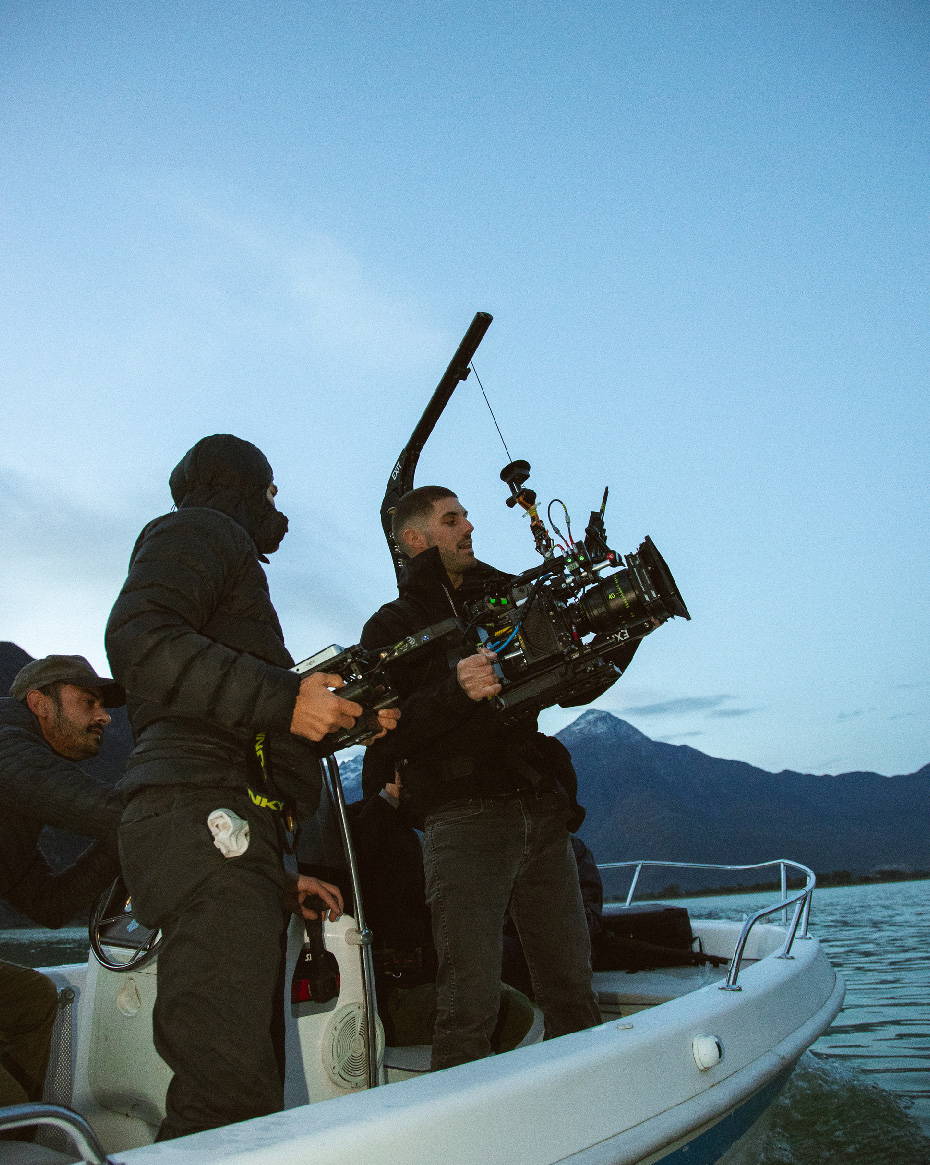 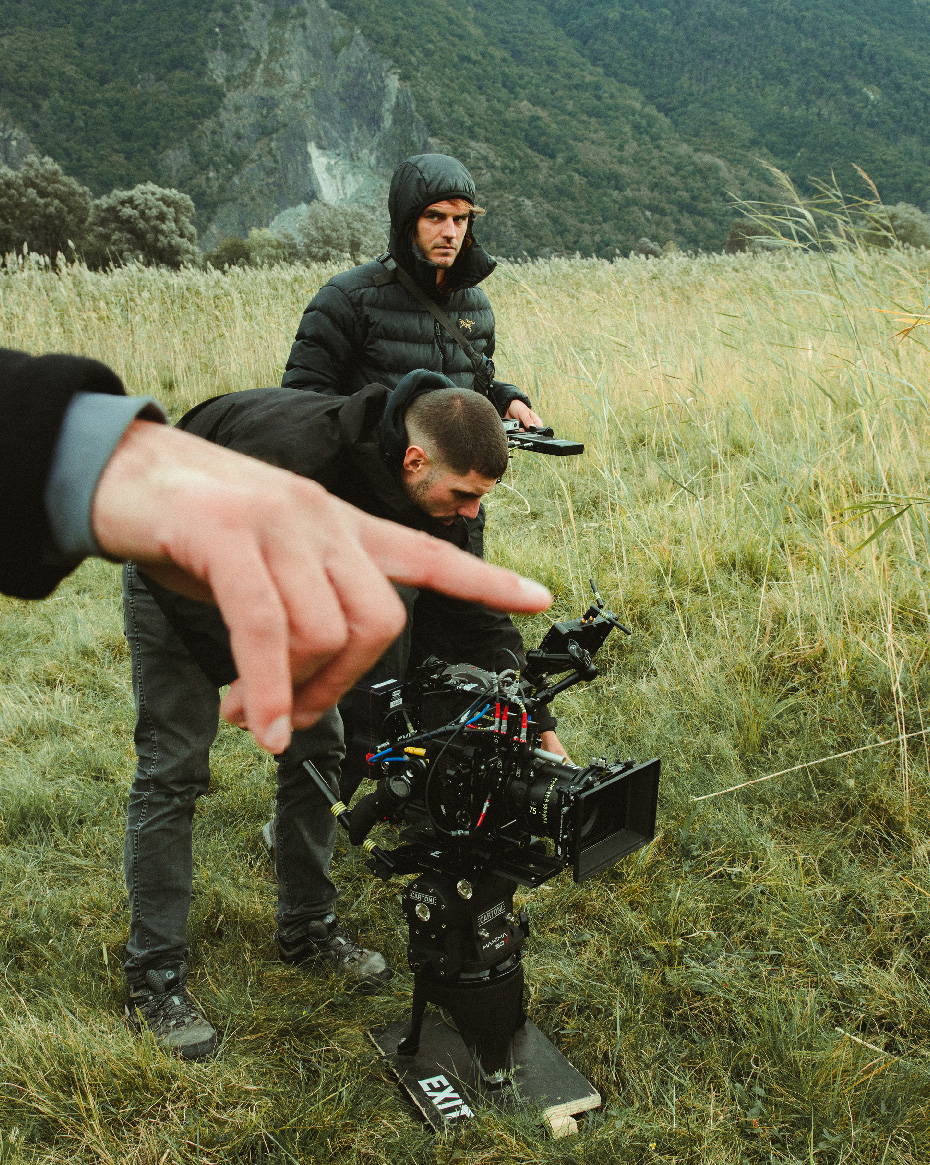 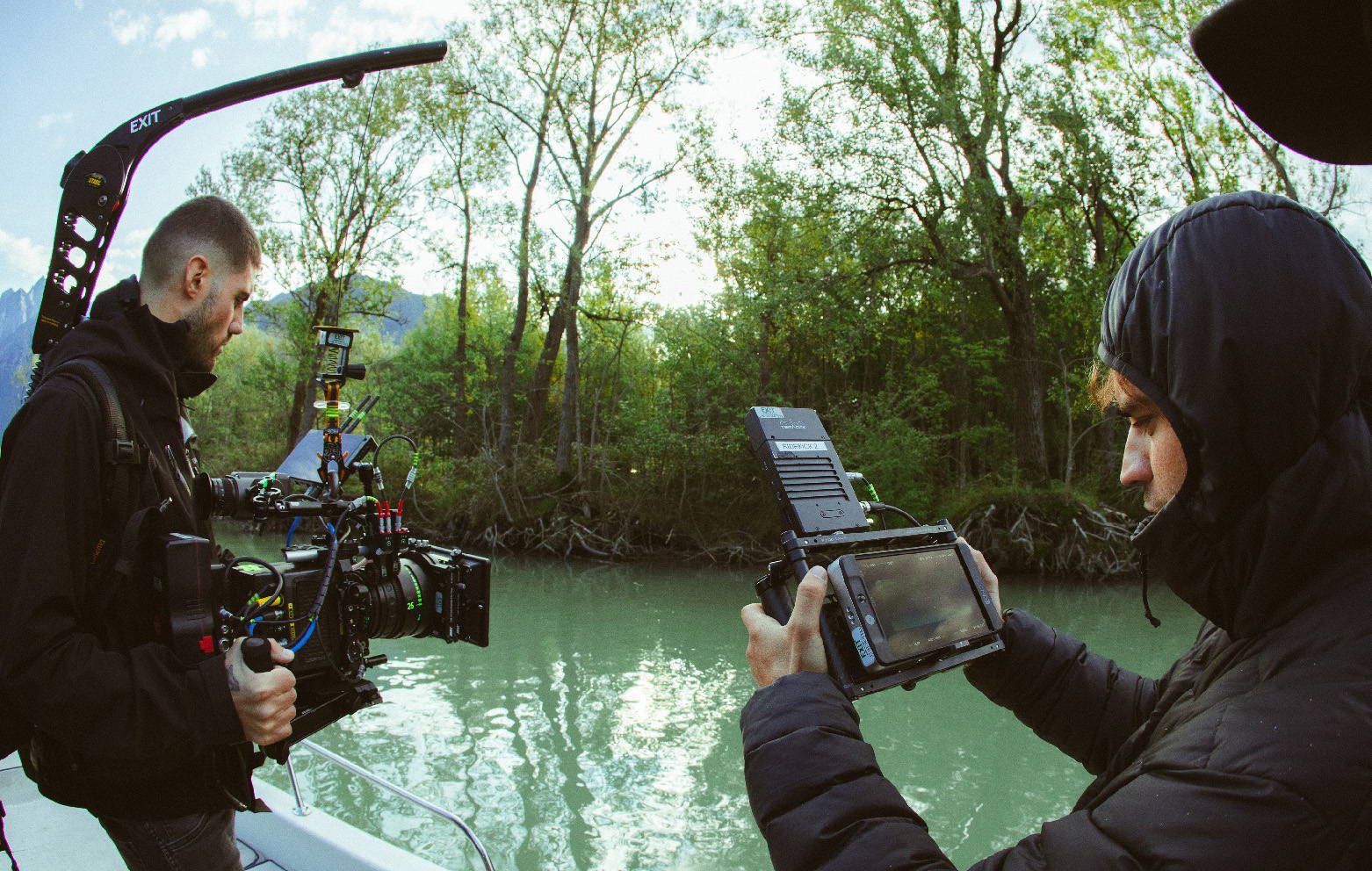 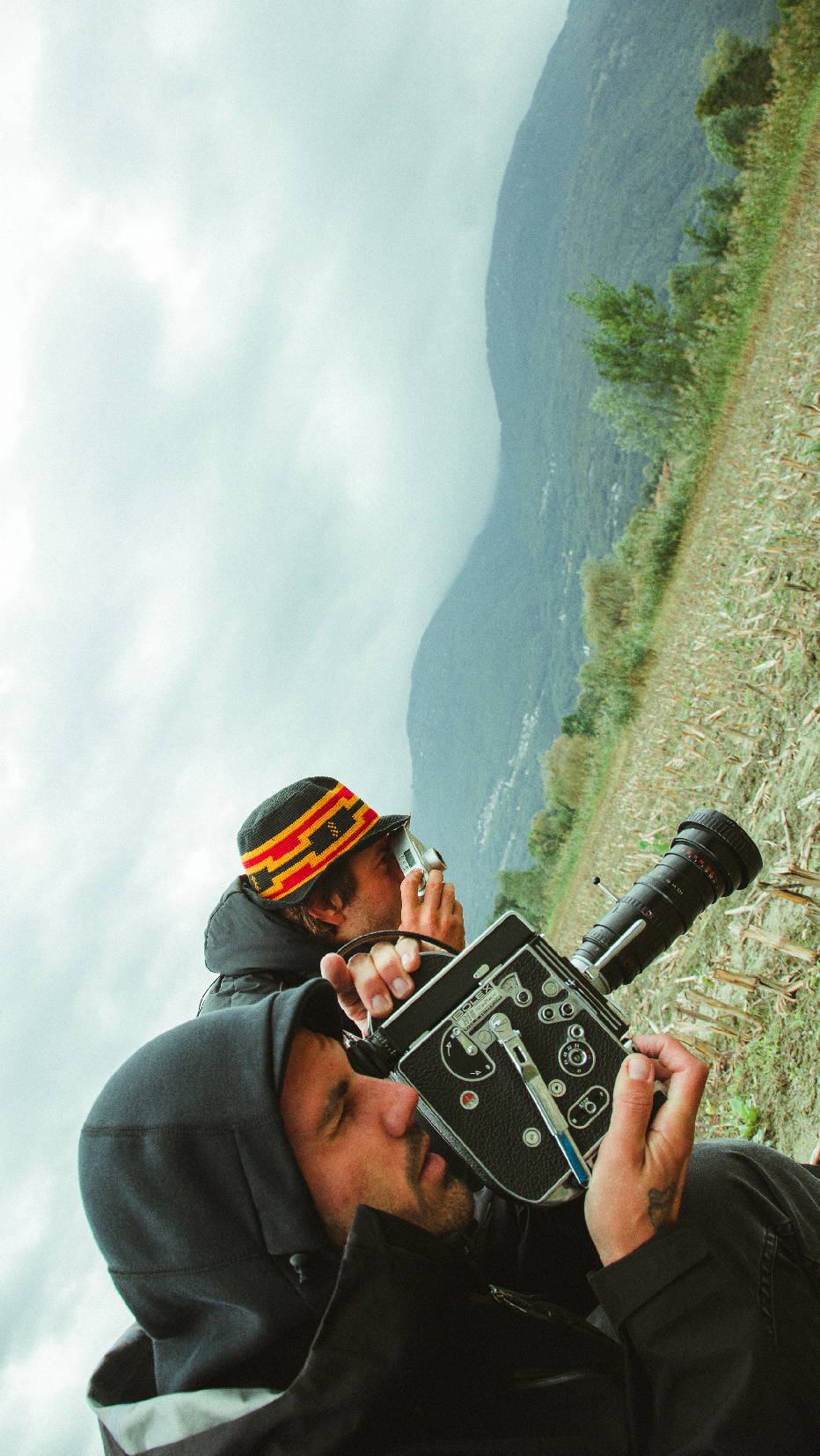